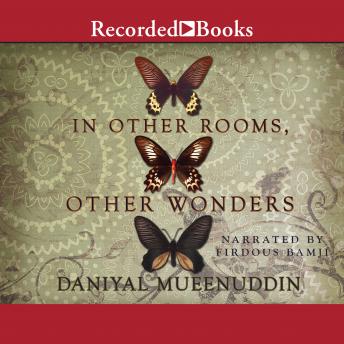 In Other Rooms, Other Wonders

Passing from the mannered drawing rooms of Pakistan's cities to the harsh mud villages beyond, Daniyal Mueenuddin's linked stories describe the interwoven lives of an aging feudal landowner, his servants and managers, and his extended family, industrialists who have lost touch with the land. In the spirit of Joyce's Dubliners and Turgenev's A Sportsman's Sketches, these stories comprehensively illuminate a world, describing members of parliament and farm workers, Islamabad society girls and desperate servant women. A hard-driven politician at the height of his powers falls critically ill and seeks to perpetuate his legacy; a girl from a declining Lahori family becomes a wealthy relative's mistress, thinking there will be no cost; an electrician confronts a violent assailant in order to protect his most valuable possession; a maidservant who advances herself through sexual favors unexpectedly falls in love. Together the stories in In Other Rooms, Other Wonders make up a vivid portrait of feudal Pakistan, describing the advantages and constraints of social station, the dissolution of old ways, and the shock of change. Refined, sensuous, by turn humorous, elegiac, and tragic, Mueenuddin evokes the complexities of the Pakistani feudal order as it is undermined and transformed.

In Other Rooms, Other Wonders

This title is due for release on August 28, 2009
We'll send you an email as soon as it is available!