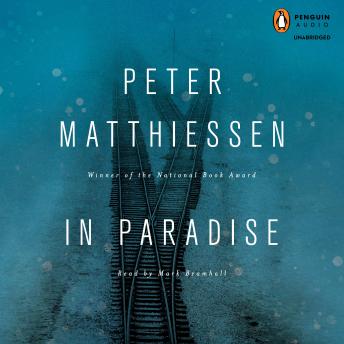 In Paradise: A Novel

A profoundly searching new novel by a writer of incomparable range, power, and achievement.

In the winter of 1996, more than a hundred women and men of diverse nationality, background, and belief gather at the site of a former concentration camp for an unprecedented purpose: a weeklong retreat during which they will offer prayer and witness at the crematoria and meditate in all weathers on the selection platform, while eating and sleeping in the quarters of the Nazi officers who, half a century before, sent more than a million Jews to their deaths. Clements Olin, an American academic of Polish descent, has come along, ostensibly to complete research on the death of a survivor, even as he questions what a non-Jew can contribute to the understanding of so monstrous a catastrophe. As the days pass, tensions, both political and personal, surface among the participants, stripping away any easy pretense to healing or closure. Finding himself in the grip of emotions and impulses of bewildering intensity, Olin is forced to abandon his observer’s role and to embrace a history his family has long suppressed—and with it the yearnings and contradictions of being fully alive.

In Paradise is a brave and deeply thought-provoking novel by one of our most stunningly accomplished writers.

In Paradise: A Novel