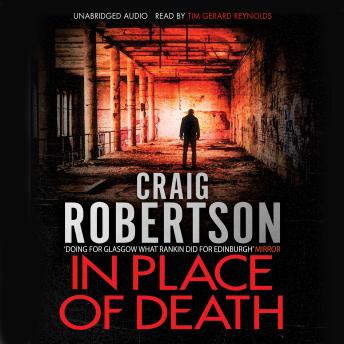 In Place of Death

A young man enters the culverted remains of an ancient Glasgow stream, looking for thrills. Deep below the city, it is decaying and claustrophobic and gets more so with every step. As the ceiling lowers to no more than a couple of feet above the ground, the man finds his path blocked by another person. Someone with his throat cut.

As DS Rachel Narey leads the official investigation, photographer Tony Winter follows a lead of his own, through the shadowy world of urbexers, people who pursue a dangerous and illegal hobby, a world that Winter knows more about than he lets on. And it soon becomes clear that the murderer has killed before, and has no qualms about doing so again.

In Place of Death