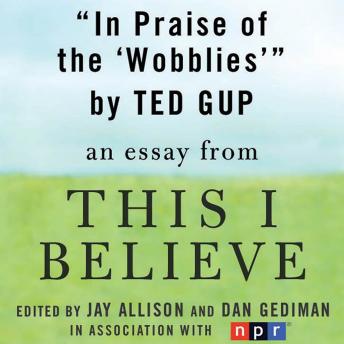 In Praise of the 'Wobblies': A 'This I Believe' Essay

Ted Gup reflects on the value of confusion in 'In Praise of the 'Wobblies'', his contribution to NPR’s This I Believe series.

This short audio essay is an excerpt from the audiobook edition of the This I Believeanthology.