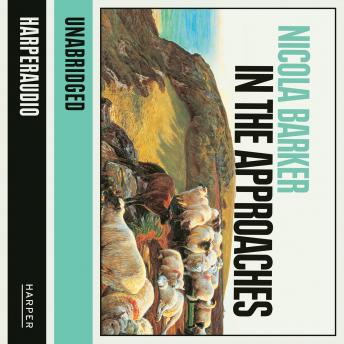 'Open yourself up again to all that terrible light and savage bliss and deafening reverberation ...'

In the Summer of 1971, a charismatic family seeks refuge in the quiet, English coastal backwater of Pett Level. Bran Cleary is a controversial Irish muralist; his fractious and promiscuous wife (and muse) 'Lonely' Allaway is half Aboriginal; their strange, sickly daughter, Orla Nor, is almost a Saint.

Thirteen years later, a shifty individual turns up in Pett Level, apparently determined to get to the bottom of the bizarre and ultimately tragic events which unfolded in the aftermath of that arrival. But does he really want to understand, or is he just way too close to the story to make any clear sense of it? And what of the locals who seem so determined to resist and undermine his investigations?

'In The Approaches' is a fabulously twisted comedy of very bad manners which starts out as a seaside idyll and ends up as a pilgrimage - sometimes sacred, sometimes profane, and frequently both at once. Set in a 1984 which seems almost as distantly located in the past as Orwell's was in the future, Nicola Barker's tenth novel offers a captivating glimpse of something more shocking than any dystopia - the possibility of faith.