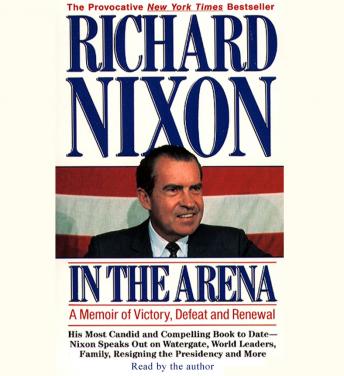 In the Arena: A Memoir of Victory, Defeat and Renewal

In the Arena is the most personal, profound, and revealing memoir ever written by a major political figure. It is Richard Nixon's frankest, most outspoken book—which includes the inside story of his resignation from the Presidency and its aftermath.

President Nixon's previous books have brilliantly chronicled his public career and examined America's strategic role in the world. Now, for the first time, he shares his private thoughts and feelings on his long career, other great leaders at home and abroad, his own family, the state of the world, the arts of politics and diplomacy, and much more—expanding on his 1978 Memoirs and documenting his role as America's Elder Statesman.

It's a personal statement by one of the most important and influential figures in American history.

In the Arena: A Memoir of Victory, Defeat and Renewal