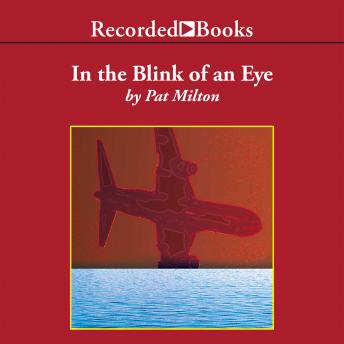 In the Blink of an Eye: The FBI Investigation of TWA Flight 800

July 17, 1996, TWA Flight 800 mysteriously fell from the sky, claiming the lives of all 230 people aboard. Associated Press reporter Pat Milton offers a rare inside look at the investigation of the unexplained explosion and the experts who struggled to find the truth behind one of America's most disturbing aviation disasters. Early in the evening, fishermen off the coast of Long Island, New York watched in astonishment as a commercial plane burst into flames, then plummeted into the ocean. While the country reacted with shock and sorrow, the FBI set in motion an exhaustive search for answers that would last two years. In the Blink of an Eye takes you through the sequence of events surrounding the tragedy and reveals those most affected by it: rescue workers, investigators, and the victims and their families. Pat Milton, who covered the chilling disaster from day one, was nominated for a Pulitzer Prize for her work. Richard Poe's thoughtful performance brings you as close to the real cause of the crash as possible.

In the Blink of an Eye: The FBI Investigation of TWA Flight 800

This title is due for release on July 27, 2012
We'll send you an email as soon as it is available!