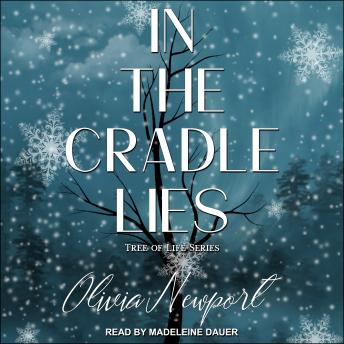 In the Cradle Lies

On a solo ski vacation in Canyon Mines, Colorado, Tucker has a love-hate relationship with his wealth, spending indiscriminately while skiing fearlessly and preparing to conquer the overgrown slope of Hidden Run, a dangerous run not attempted in decades. As genealogist Jillian tries to uncover enough of Tucker's family tree to understand his charming nature but reckless resolve, Jillian's equally charming father, Nolan, cajoles Tucker into giving him ski lessons to get him talking about the suspicious circumstances surrounding his grandfather's life in St. Louis in the 1930s.

On the surface, Tucker's family's history seems too perfect. The secret may lie in the sealed envelope Tucker carries with him at all times-even on the ski slope. When no one can find Tucker to tell him the fiancee he never mentioned turned up in Canyon Mines, they realize he must be off attempting to ski Hidden Run alone in a snowstorm. And they may be too late.

In the Cradle Lies