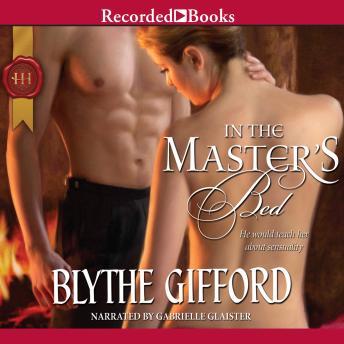 In The Master's Bed

Blythe Gifford's spellbinding medieval romances have captured the hearts of fans and critics alike. Set in 14th-century England, In the Master's Bed features Jane de Weston, a young woman who decides to disguise herself as a man to gain her independence. What she doesn't count on is falling for Duncan, the strapping Scotsman who takes her on as his apprentice. When he discovers Jane's deception, Duncan knows he should send her away, but the yearning he feels for her is begging to be unleashed-and Jane is a very willing pupil.

In The Master's Bed

This title is due for release on March 23, 2012
We'll send you an email as soon as it is available!