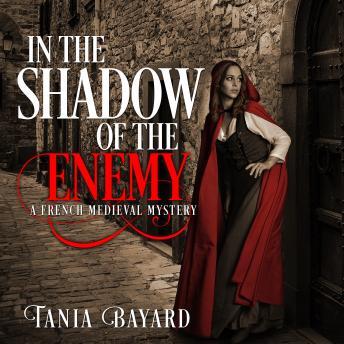 In the Shadow of the Enemy: A French Medieval Mystery

Scribe sleuth Christine de Pizan must discover who wants to kill the king in the second of this richly imagined historical mystery series set in fourteenth-century France.

Paris, 1393. A masquerade ball at the palace ends in tragedy, with four revelers burned to death. Was it an accident . . . or did someone deliberately hurl a flaming torch at the dancers? Convinced it was an act of murder and that the king himself was the real target, Queen Isabeau has asked Christine de Pizan to spend time at court in an attempt to uncover the identity of the would-be assassin.

With the king struck down by an illness no one can understand, Christine finds the palace to be a hotbed of rumor, suspicion, petty rivalries, and dark secrets: a place where no one can be trusted. Could the king's ambitious brother, the Duke of Orleans, be responsible for the deaths? One of his embittered uncles? Or could the killer lie even closer to home?