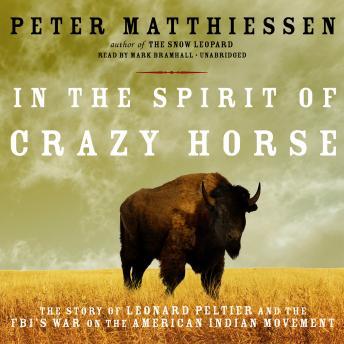 In the Spirit of Crazy Horse

On a hot June morning in 1975, a fatal shoot-out took place between FBI agents and American Indians on a remote property near Wounded Knee, South Dakota, in which an Indian and two federal agents were killed. Eventually, four members of the American Indian Movement were indicted on murder charges in the deaths of the two agents. Leonard Peltier, the only one to be convicted, is now serving consecutive life sentences in a federal penitentiary.
Behind this violent chain of events lie issues of great complexity and profound historical resonance. In this controversial book, Peter Matthiessen brilliantly explicates the larger issues behind the shoot-out, including the Lakota Indians' historical struggle with the US government, from Red Cloud's war and Little Big Horn in the nineteenth century to the shameful discrimination that led to the new Indian wars of 1970s.
This powerful book was censored and kept off the shelves for eight years because of one of the most protracted and bitterly fought legal cases in publishing history.

In the Spirit of Crazy Horse