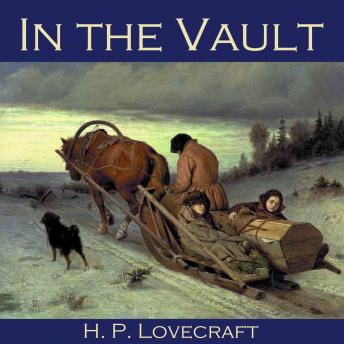 Howard Phillips Lovecraft (1890-1937), who wrote as H. P. Lovecraft, was an American writer who achieved posthumous fame through his brilliant and highly influential works of horror fiction.

In the Vault tells the tale of a lazy and parsimonious undertaker who tries to skimp on the cost of a coffin by reusing a substandard, cheap box which he had made previously for a very short man. The recipient of the flimsy coffin is the vindictive farmer Asaph Sawyer, a man known in the neighbourhood to be permanently set on vengeance on anyone who slights him....