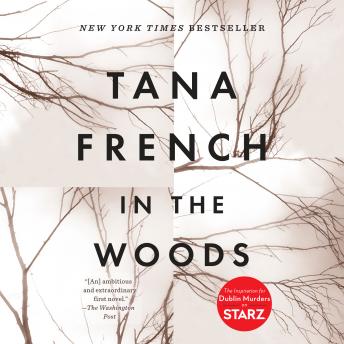 In the Woods: A Novel

The bestselling debut, with over a million copies sold, that launched Tana French, author of The Witch Elm and “the most important crime novelist to emerge in the past 10 years” (The Washington Post).

“Required reading for anyone who appreciates tough, unflinching intelligence and ingenious plotting.” —The New York Times

Now airing as a Starz series.

As dusk approaches a small Dublin suburb in the summer of 1984, mothers begin to call their children home. But on this warm evening, three children do not return from the dark and silent woods. When the police arrive, they find only one of the children gripping a tree trunk in terror, wearing blood-filled sneakers, and unable to recall a single detail of the previous hours.

Twenty years later, the found boy, Rob Ryan, is a detective on the Dublin Murder Squad and keeps his past a secret. But when a twelve-year-old girl is found murdered in the same woods, he and Detective Cassie Maddox—his partner and closest friend—find themselves investigating a case chillingly similar to the previous unsolved mystery. Now, with only snippets of long-buried memories to guide him, Ryan has the chance to uncover both the mystery of the case before him and that of his own shadowy past.

Richly atmospheric and stunning in its complexity, In the Woods is utterly convincing and surprising to the end.

In the Woods: A Novel

This title is due for release on May 17, 2007
We'll send you an email as soon as it is available!