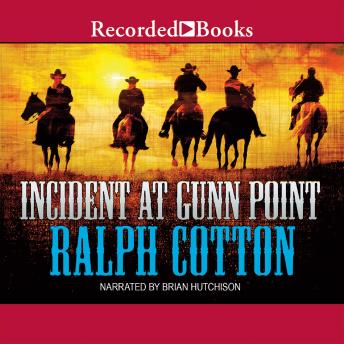 Horse trader Will Summers wasn' t looking to be anybody' s hero, let alone stop a bank robbery led by the son of Gunn Point' s most powerful man. He' d rather hit the trail than try to take on the rest of the robbers, who are hell-bent on skinning his hide. But when the local sheriff is injured and his deputy outmatched, Will knows that things are only going to get worse. With an enigmatic gunhand as his only ally, Will is going to have to outshoot-- and outwit-- a gang of vengeful cutthroats if he wants to make it out of Gunn Point alive...

This title is due for release on August 9, 2013
We'll send you an email as soon as it is available!