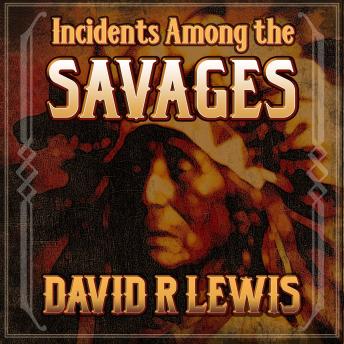 Incidents Among the Savages

The year was 1803. It was a time when the West was not only frontier, it was the undiscovered country. It was the time of Meriwether Lewis and William Clark, before the trains of Prairie Schooners and settlers, before cowboys or cattle drives, before Colonel Colt and the six-shooter, and nearly a three quarters of a century before George Armstrong Custer and his men were killed at Little Big Horn. It was a time when the western fur trade was new, and only the first of the mountain men had left the Mississippi behind on their journey into the wilderness. It was there that Nathaniel Horne was alone and dying from the lack of food and the snows of winter. It was there a savage native people, in spite of the fact that he was not a true Human Being, gave him shelter. From that kindness came Snow-Walker, and Nathaniel began his Incidents Among the Savages.