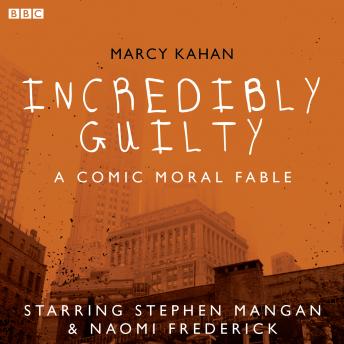 A BBC Radio 4 comedy drama written by the award-winning screen and stage dramatist Marcy Kahan, and starring Stephen Mangan as Ed, whose life is about to change forever when he accidentally puts National Treasure Penhaligon Rhinehart into a coma. First broadcast as the 'Afternoon Play' on 14 January 2011. It's an important day for Ed Hanson. He has to do two things: present a 'vision statement' to keep hold of his job and propose marriage to his girlfriend, Lucinda. What isn't on Ed's list of things to do is put Penhaligon Rhinehart - author, barrister, circus-clown and National Treasure - into a coma. Ed's life will never be quite the same again... Starring Stephen Mangan ('Green Wing', 'Adrian Mole') as Ed Hanson and Naomi Frederick ('The Trial of Tony Blair') as Lucinda. Also featuring Sean Baker, Joanna Monro, Adeel Akhtar, Naomi Sheldon, Lloyd Thomas and Christine Kavanagh. Directed by Sally Avens.