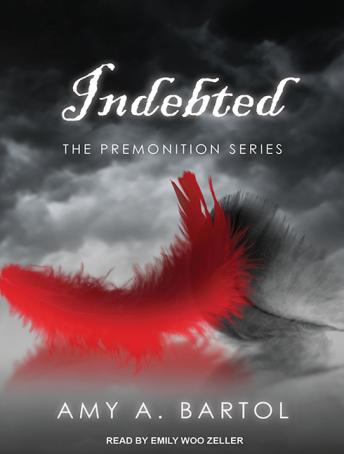 Evie hangs her head in sorrow for just a moment when she knows she is truly alone. She feels like she's going to her execution, just as he had said. Then she moves forward again. She hops a fence of fieldstone and crosses a field dotted with Queen Anne's lace. Goose bumps rise on her arms as she passes the cluster of windmills that she's seen in a dream. The scent is sweet in the field though, not the scent of heat, like it had been when it was forced upon her in visions. She gazes down the hill, beyond the small, whitewashed house that she knew would be there. The church looms dark and grim with its rough-hewn, timber facade, capped by tall, oblong spires reaching to the sky. Black, ominous clouds have collected above the roofline, as if Heaven is showing her the way.