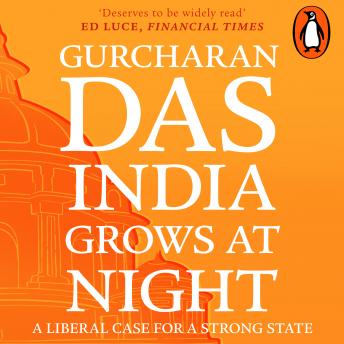 India Grows At Night: A Liberal Case For A strong State

India's is a tale of private success and public failure. Prosperity is, indeed, spreading across the country even as governance failure pervades public life. But how could a nation become one of the world's fastest-growing economies when it's governed by a weak, ineffective state? And wouldn't it be wonderful if India also grew during the day-in other words, if public policy supported private enterprise? What India needs, Gurcharan Das argues, is a strong liberal state. Such a state would have the authority to take quick, decisive action; it would have the rule of law to ensure those actions are legitimate; and finally, it would be accountable to the people. However, India has always had a weak state and a strong society, says Das, which means that achieving something better will be an uphill struggle.

India Grows At Night: A Liberal Case For A strong State