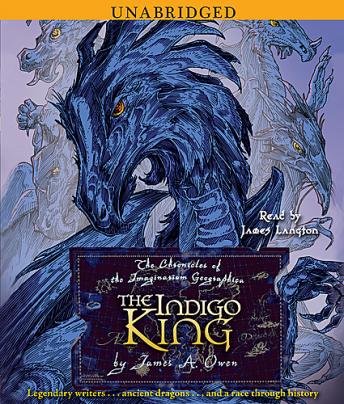 #3 of Chronicles of the Imaginarium Geographica, The

On a September evening in 1931, John and Jack, two of the Caretakers of the Imaginarium Geographica, discover a plea for help on an ancient medieval parchment--which seems to have been written by their friend, Hugo Dyson!  When they rush to warn him, Hugo is abducted by fierce creatures called the Un-Men, who have mistaken him for the third Caretaker, Charles.

And in that moment, the world begins to change.

The only hope to restoring the proper order of things lies on a forgotten island--where a time travel device left by Jules Verne must be used to race through history itself--from the Bronze Age, to the fall of Troy and the founding of the Silver Throne.  And in that single night, John and Jack will find that the only way to save their friend and stop the chaos destroying the world is to solve a two-thousand-year-old mystery:

Who is the Cartographer?

This is my favorite of the whole series. It was wonderfully written, and I'm glad that it was made into a audio book. The story reminds us of choice as is great for anyone at any age. Feel free to give it a try, but don't make this the first of the series you read.