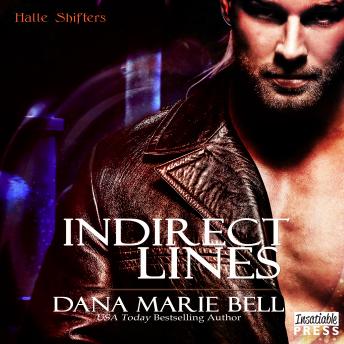 There's only one way to win this game: break the rules. Halle Shifters, Book 5 James "Barney" Barnwell is losing his ever-loving mind. Between the threat to the white shifters and a riddle he's been ordered to solve, he can actually go for ten whole minutes without thinking about Heather, the woman destined to be his mate. As much as he burns to get the redhead under him, the safest place for her is far away from him. If the bad guys catch the barest hint of her scent on his skin, she'll become a target. The way Heather sees it, the quicker she helps the stubborn Bear solve the riddle, the quicker he'll bite her-literally. But when she's hurt while protecting her cousin from an attack, she finds herself right where Barney never wanted her: smack dab in the middle of the investigation. Like it or not, Barney is forced to bring her fully into his crazy world. With his mate's life in his hands, he's in a race against time to solve this maddening riddle before the enemy discovers that the Hunter has finally been caught by love. Warning: This book contains explicit sex, graphic language, lots of questions and maybe even some answers. Remember: Fox holds the key.