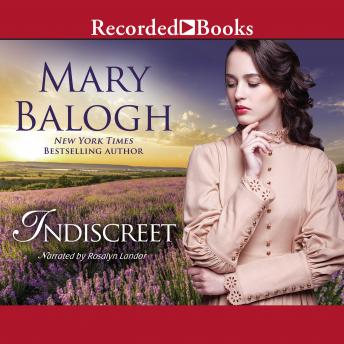 From New York Times bestselling author Mary Balogh comes the first novel in the Horsemen trilogy, a scandalous romance of yearning passion and dangerous desires... In the country visiting his twin brother, Viscount Rawleigh longs for a little diversion and beautiful young widow Catherine Winters seems like easy prey. But Rex's target is a lady of virtue, and when she roundly rejects his improper proposal to become his mistress, Rex finds himself faced with a delectable challenge. Catherine knows she must fight the indecent feelings the Viscount arouses within her-feelings that bring to life a past she had sought to escape-even as the handsome lord refuses to relent in his amorous attentions. But even though she knows one kiss could bring her to ruin, temptation proves an insurmountable foe-and Catherine can not ignore the beating of her treacherous heart....