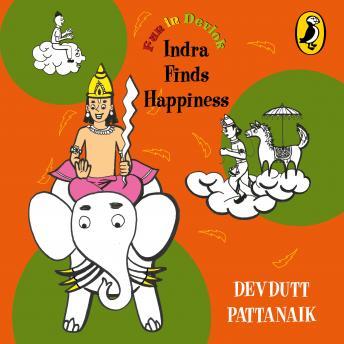 Why was Indra an unhappy god? What are the many magical things Indra has in paradise? Will Indra ever find happiness? Little Harsha was sad, so a cloud flew him up to Indra's palace, just to show Harsha that the king of gods was sadder than him! There, with his new friends Indra and Airavata, the six-tusked white elephant, Harsha sees so many amazing things a wish- fulfilling tree, a pot of never- ending gold, and a potion that keeps him healthy. Then Indra thinks of a naughty plan to steal Vasishta's cow! When he catches Indra, a very angry Vasishta tells him the secret to being happy. (And no, it has nothing to do with ice creams, video games or wish-fulfilling trees.) But will the king of gods learn his lesson finally and stop being sad?