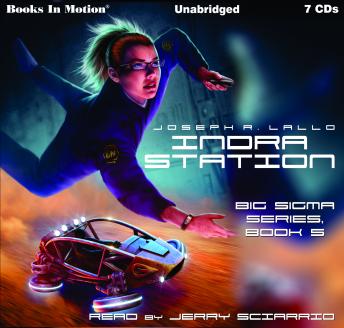 What would you risk to do what you were born to do? Since college, Lex Alexander has had two loves. Hoversled racing, and Michella Modane. Everything from mega-corporations to robot rampages have threatened to keep them apart. Now, at long last, Lex may finally get a chance to race again. Just one thing stands in his way: Michella herself. The people behind the league have a history in organized crime. Lex believes they've gone legit. Michella isn't buying it. He's desperate to get back on the track. She's determined to find what the league is hiding. This second chance may be their last.

This title is due for release on January 23, 2019
We'll send you an email as soon as it is available!