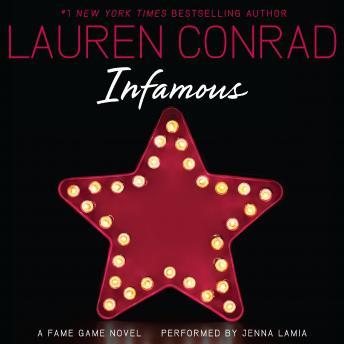 Kate and Carmen are about to become big stars, but they're going to have to survive some backstage drama first. And Madison is learning hard lessons about fame as she deals with backstabbing 'friends' and family, out-of-control paparazzi, and a scandal reported in every tabloid.

For anyone who has ever wondered what it is like to make it in Hollywood, Infamous is full of dishy details about young Hollywood and the realities of becoming famous—by the bestselling author of the L.A. Candy series, Lauren Conrad Style, and Lauren Conrad Beauty.