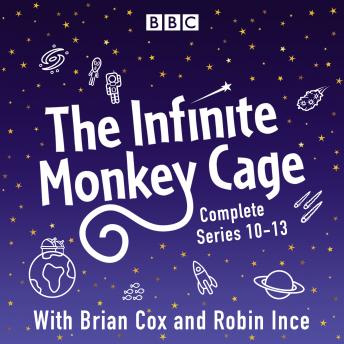 Brian Cox and Robin Ince present a witty, irreverent look at the world according to science.

The Infinite Monkey Cage has become one of BBC Radio 4’s most popular science-based programmes. In each episode physicist Brian Cox and comedian Robin Ince delve into a particular field of science, with the help of guests from the worlds of science, academia and entertainment.

These 29 episodes feature subjects ranging from the solar system to war, from UFOs to climate change, and from the mathematics of love to artificial intelligence. This collection also includes two special episodes from December 2015 to commemorate the 100th anniversary of Albert Einstein's theory of General Relativity, and the 2014 and 2015 Christmas specials.