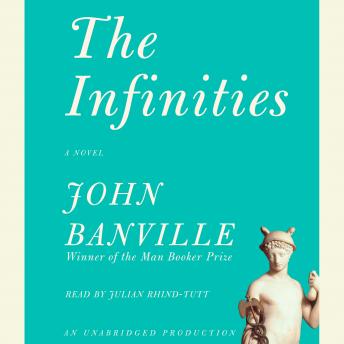 On a languid midsummer’s day in the countryside, old Adam Godley, a renowned theoretical mathematician, is dying. His family gathers at his bedside: his son, young Adam, struggling to maintain his marriage to a radiantly beautiful actress; his nineteen-year-old daughter, Petra, filled with voices and visions as she waits for the inevitable; their mother, Ursula, whose relations with the Godley children are strained at best; and Petra’s “young man”—very likely more interested in the father than the daughter—who has arrived for a superbly ill-timed visit.

But the Godley family is not alone in their vigil. Around them hovers a family of mischievous immortals—among them, Zeus, who has his eye on young Adam’s wife; Pan, who has taken the doughy, perspiring form of an old unwelcome acquaintance; and Hermes, who is the genial and omniscient narrator: “We too are petty and vindictive,” he tells us, “just like you, when we are put to it.” As old Adam’s days on earth run down, these unearthly beings start to stir up trouble, to sometimes wildly unintended effect. . . .

Blissfully inventive and playful, rich in psychological insight and sensual detail, The Infinities is at once a gloriously earthy romp and a wise look at the terrible, wonderful plight of being human—a dazzling novel from one of the most widely admired and acclaimed writers at work today.