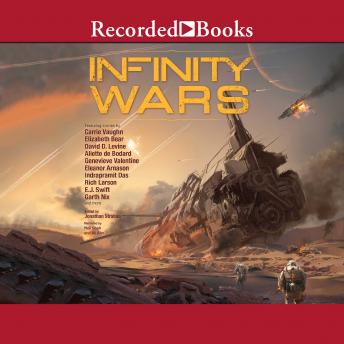 CONFLICT IS ETERNAL We have always fought. War is the furnace that forges new technologies and pushes humanity ever onward. We are the children of a battle that began with fists and sticks, and ended on the brink of atomic Armageddon. Beyond here lies another war, infinite in scope and scale. But who will fight the wars of tomorrow? Join Elizabeth Bear, Indrapramit Das, Aliette de Bodard, Garth Nix, An Owomoyela, Peter Watts, and many, many more in an exploration of the furthest extremes of military science fiction.