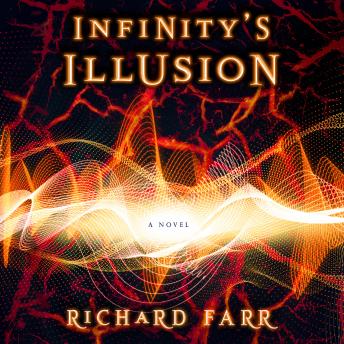 #3 of The Babel Trilogy

In the conclusion to Richard Farr’s richly imaginative Babel Trilogy, Morag and Daniel race toward a terrifying confrontation with an entity that holds the key to humanity’s fate.

After narrowly surviving an encounter with the Architects, Daniel Calder experiences visions of global destruction, dreamlike moments of insight, and vivid “memories” of a meeting with a famous scientist—none of which ever happened. When he and his sister, Morag Chen, are attacked by unknown assailants deep in the cavernous city of the I’iwa cave dwellers, they must escape with an enigmatic, centuries-old mathematical calculation.

Time is running out. All signs point to the final “Anabasis,” when the Babel myth will reach its terrible culmination. But thousands of miles of hazardous jungle and unforgiving ocean lie between the siblings and their one slim chance to fight back.

As they undertake their perilous journey, the apocalypse seems imminent: scores of vanished believers, global telecom failures, societies in chaos. The Architects have set the stage for their conquest, and Morag and Daniel—armed only with a list of mysterious numbers and the dreams of an aging astrophysicist—seem hopelessly outmatched.