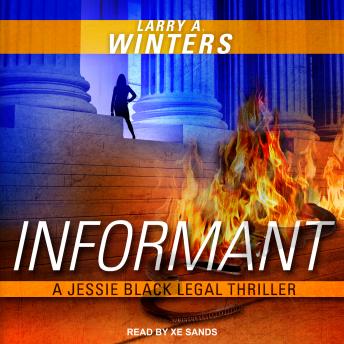 Written By: Larry a. Winters

Prosecutor Jessie Black has an airtight case against Tyrone Nash, a gang thug who shot a man behind a bar in West Philly. But what should be an easy trial turns complicated when Nash somehow intimidates her eyewitness, and he recants his testimony on the eve of the trial. Now Jessie's only move to stop the killer from walking is to call a witness she had hoped to avoid-Reggie Tuck, a smooth-talking jailhouse snitch who claims Nash confessed to him during a short time they shared a cell. Worse, there are other people with an interest in the trial-people intent on silencing Reggie's big mouth, permanently.

Soon Jessie and Reggie find themselves trapped in a courthouse taken hostage by armed assailants. She must find a way to keep both Reggie and herself alive long enough to learn who they are, and how to stop them. But is Reggie Tuck's life worth protecting at the risk of her own?

by Larry a. Winters