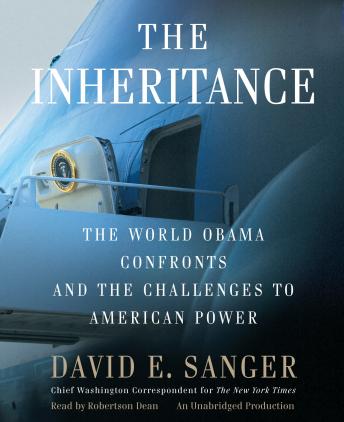 The Inheritance: The World Obama Confronts and the Challenges to American Power

The Chief Washington Correspondent for The New York Times examines the effect the Bush Administration’s foreign and domestic policies will have on global politics.

This trenchant analysis of the Bush Administration’s legacy is a riveting, behind-the-scenes account of the foreign policy decisions that have come out of the White House in the last eight years. Detailing the administration’s few successes and its stunning string of failures, this audiobook maps the world America faces after the Bush presidency. A veteran reporter with unprecedented access to Bush Administration officials, David E. Sanger provides keen insight to the complex challenges facing the next president, from rebuilding Afghanistan to preventing Iran and North Korea from becoming nuclear-armed states.

Inheritance: The World Obama Confronts and the Challenges to American Power