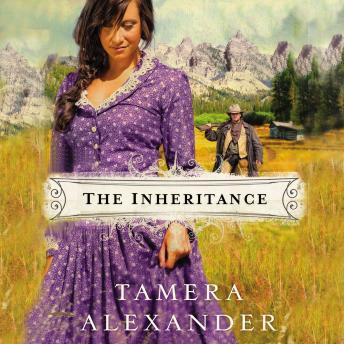 From USA TODAY bestselling author Tamera Alexander comes an award-winning historical romance. Desperate for a fresh start, McKenna Ashford accepts her cousin's invitation to move west with her rebellious younger brother to the rugged wilds of the Colorado Territory, but what she finds there will be the greatest challenge of her life.

Determined to tame her fourteen-year-old younger brother’s rebellious streak, twenty-three-year-old McKenna Ashford accepts her cousin’s invitation to move west and start over. McKenna arrives only to find that her cousin and her cousin's husband have died, leaving their five-year-old daughter an orphan—and that life in Copper Creek, Colorado, is far from what she expected.

McKenna struggles with her sudden new role as the guardian of two children. Shouldering burdens beyond her years, McKenna tries to be the parent Robert needs instead of the older sister he resents. But her “untimely inheritance” challenges her resolve at every turn, while also offering a second chance to restore her sense of trust—and perhaps even her heart.

U.S. Marshal Wyatt Caradon is dedicated to bringing fugitives to justice, yet years of living on the trail have taken their toll, and he finds himself at a crossroads. He's brought countless men to justice, but he questions what lasting good he has accomplished. When his path intersects that of young Robert Ashford, Wyatt glimpses himself, years ago, in the boy's pride and arrogance. He also sees a boy without a firm hand in his life. His well-meant attempt to help Robert brings him face-to-face with the one situation he never wanted to encounter—and the one woman who holds the key to helping him find his future.

As McKenna struggles to let go of her independence and Wyatt considers opening his heart again, they discover an inheritance beyond imagination—but it will come at a price.

Praise for The Inheritance:

“Alexander has an awe-inspiring way of creating characters that brand your heart and leave you permanently connected. This story is too good to be missed!”—Romantic Times