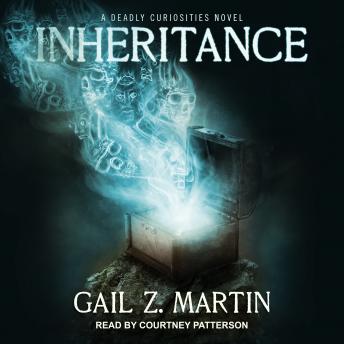 Cassidy Kincaide runs Trifles & Folly in modern-day Charleston, an antiques and curio shop with a dangerous secret. Cassidy can read the history of objects by touching them, and she teams up with friends and allies who use magic and paranormal abilities to get rid of cursed objects and keep Charleston and the world safe from supernatural threats.

Caribbean ghosts terrorize Charleston and start racking up a body count. Then Beckford Pendlewood, the heir to a powerful family of dark warlocks, shows up raving about a bound demon locked in a lost box and begs sanctuary. Can Cassidy and her friends find the demon box, stop the killer ghosts, and break the Pendlewood curse before Beckford's murderous cousins and the vengeful demon destroy them all?