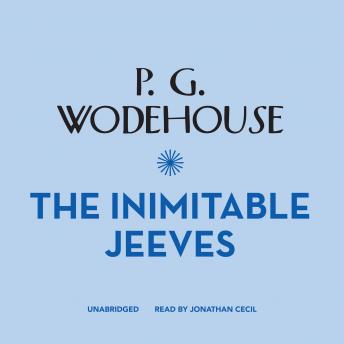 Bertie Wooster is in trouble again as his lovesick pal, Bingo Little, falls in love with every girl he lays eyes on. The real problem starts when Bingo decides to marry one of the girls and he enlists Bertie's help. Luckily for Bertie, Jeeves once again comes to the rescue! With his usual savoir-faire and panache, Jeeves unties the tangles and irons out the creases in his unflappable and inimitable way.