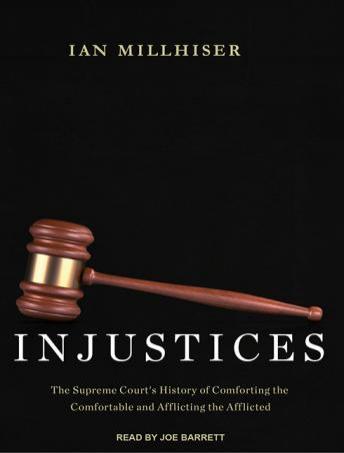 Injustices: The Supreme Court's History of Comforting the Comfortable and Afflicting the Afflicted

Few American institutions have inflicted greater suffering on ordinary people than the Supreme Court of the United States. Since its inception, the justices of the Supreme Court have shaped a nation where children toiled in coal mines, where Americans could be forced into camps because of their race, and where a woman could be sterilized against her will by state law.

In this powerful indictment of a venerated institution, Ian Millhiser tells the history of the Supreme Court through the eyes of the everyday people who have suffered the most from it. America ratified three constitutional amendments to provide equal rights to freed slaves, but the justices spent thirty years largely dismantling these amendments. Then they spent the next forty years rewriting them into a shield for the wealthy and the powerful.

In Injustices, Millhiser argues that the Supreme Court has seized power for itself that rightfully belongs to the people's elected representatives, and has bent the arc of American history away from justice.

Injustices: The Supreme Court's History of Comforting the Comfortable and Afflicting the Afflicted