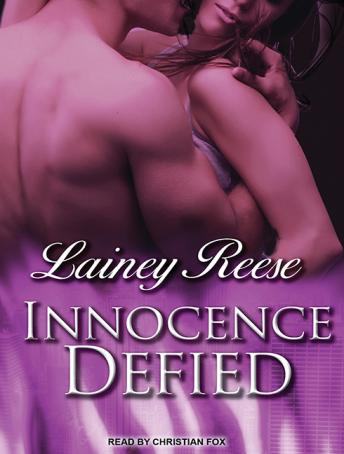 When business brings him to New York City indefinitely, Gage Hollister is sure that somewhere in this massive city, there must be a woman whose need to be dominated matches his thirst to dominate.

Zoe Marshall has been in love with Gage forever, and has saved herself for him alone. Now, after careful planning and a bit of luck, she finally has the chance to show him she's all grown-up and ready to be his.

Gage believes himself too old and jaded for an innocent like Zoe, but she is relentless in her innocent seduction, and soon his resistance crumbles. But as their love blooms, reality tackles their dreams. And in the aftermath, the choices they face will strain the bonds of friendship and family. Perhaps beyond repair.

I didn't find the relationship in this particularly convincing but there narrator was good.

Love the story and the narrator