The Innocent and the Dead: The DI Jack Knox mysteries Book 1 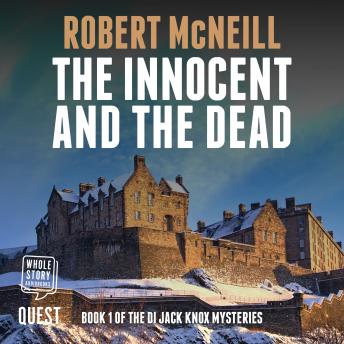 One woman found dead. Another kidnapped. Two cases. One overworked Scottish detective. THE INNOCENT AND THE DEAD is the first in the DI Jack Knox series and comes with the prequel story LABYRINTH.

In THE INNOCENT AND THE DEAD, DI Jack Knox is called in to investigate a high-profile case. A local distiller's daughter has gone missing, and when he receives a ransom note, his fears that it is a kidnapping are confirmed. Knox decides to take a serious risk to capture the abductors, but the stakes could not be higher. The father is wealthy and well-connected. If Knox's gamble goes wrong, he'll have hell to pay. Meanwhile in the prequel story, LABYRINTH, the body of an attractive young woman is found in woodland on Edinburgh's iconic Calton Hill. Knox will have to cut through the lies of the people who knew her in order to establish a motive and collar the killer.

Innocent and the Dead: The DI Jack Knox mysteries Book 1