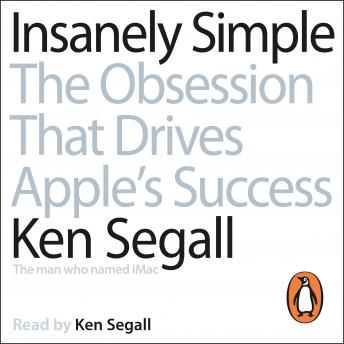 'Simple can be harder than complex. You have to work hard to get your thinking clean to make it simple'. -Steve Jobs

The obsession with Simplicity is what separates Apple from other technology companies. It's what helped Apple recover from near death in 1997 to become the most valuable company on Earth in 2011, and guides the way Apple is organized, how it designs products, and how it connects with customers. It's by crushing the forces of Complexity that the company remains on its stellar trajectory.

As creative director, Ken Segall played a key role in Apple's resurrection, helping to create such critical campaigns as 'Think Different' and naming the iMac. Insanely Simple is his insider's view of Jobs' world. It reveals the ten elements of Simplicity that have driven Apple's success - which you can use to propel your own organisation. Reading Insanely Simple, you'll understand how his obsession with Simplicity helped Apple perform better and faster.