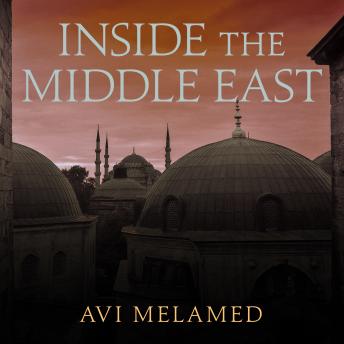 Inside the Middle East: Making Sense of the Most Dangerous and Complicated Region on Earth

Melamed considers all the major power players in the Middle East, explains the underlying issues, and creates a three-dimensional picture, an illustration that connects the dots and provides a fascinating road map. He elucidates developments such as the Arab Spring, the downfall of the Muslim Brotherhood, the rise of ISIS, the epic Sunni-Shiite animosity, the essence of the war in Syria, the role of the Caliphate and Jihad, and the looming nuclear arms race. He also provides a rare opportunity to journey into the psyche of Arab society.

This unparalleled volume is a milestone in our understanding of the Middle East. It is the untold story of the struggles that will shape the region, and the world, for decades to come, and a groundbreaking guide that will shake you to the core, force you to reevalute your outlook, and give you tips to navigate the future.

Inside the Middle East: Making Sense of the Most Dangerous and Complicated Region on Earth