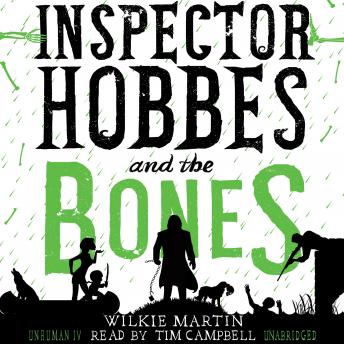 There's going to be trouble. Andy Caplet's wife goes away, someone is out to get him, and he loses nearly everything in a storm. Amazing both himself and his unhuman friend Inspector Hobbes, he heroically rescues flood victims and uncovers something shocking. Is Andy being set up for blackmail by the apparently charming young woman who attempts to seduce him, or is something even more sinister afoot? Hobbes certainly believes so, and he's getting worried. This is the fourth in Wilkie Martin's unhuman series of cosy comedy crime fantasies.

Tim Campbell was a nominee for a VoiceArts Award 2018 for his narration of the Inspector Hobbes and the Bones audiobook. Listen now.

'I enjoy how silly everything is.' Jo Ann Hakola, The Book Faerie