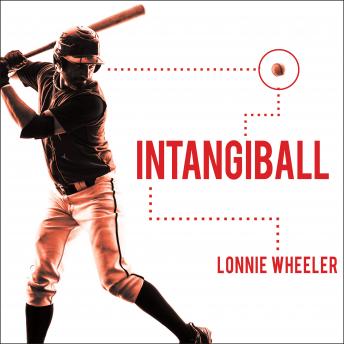 Intangiball tracks the progress of the Cincinnati Reds through five years of culture change, beginning with the trades of decorated veterans Adam Dunn and Ken Griffey, Jr. It also draws liberally from such character-conscious clubs as the Atlanta Braves, St. Louis Cardinals, San Francisco Giants, New York Yankees, and Tampa Bay Rays. Author, sportswriter, and eternal fan of the game, Lonnie Wheeler systematically identifies the performance-enhancing qualities (PEQs) that together comprise the 'communicable competitiveness' that he calls 'teamship.'

Intangiball is not designed to debunk Moneyball, but rather to sketch in what it left out: 'What order is there to a baseball world in which a struggling rookie benefits not a bit from the encouraging words of the veteran who drapes his arm around the kid's shoulders; in which Derek Jeter's professionalism serves none but him; in which there is no reward for hustle, no edge for enthusiasm, no payoff for sacrifice; in which there is no place for the ambient contributions of David Eckstein, Marco Scutaro, or the aging, battered Scott Rolen; in which shared purpose serves no purpose?'