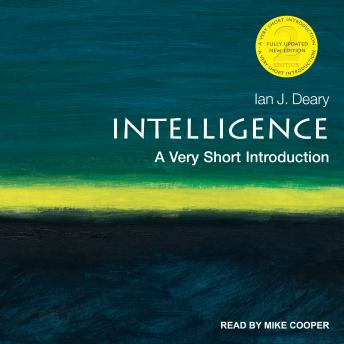 Some people are cleverer than others. This everyday observation is the subject of an academic field that is often portrayed as confused and controversial, when in fact, the field of intelligence holds some of psychology's best-replicated findings.

This Very Short Introduction describes what psychologists have discovered about how and why people differ in their thinking powers. Drawing on large scale data, Ian Deary considers how many types of intelligence there are, and how intelligence changes with age. Along the way he tackles some of the most burning questions surrounding intelligence, such as whether larger brains are cleverer, and how genes and environments contribute to people's intelligence differences. He also considers the new field of cognitive epidemiology, which draws links between intelligence and better health, less illness, and longer life, and asks whether intelligence is increasing. In this new edition Deary also addresses the controversial question of whether men and women differ in intelligence. Throughout he provides a clear description of the data we can use to answer these questions and more.