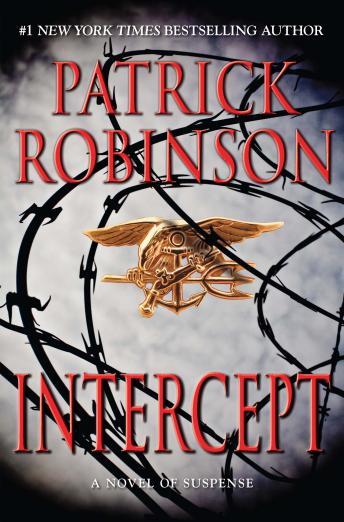 Intercept: A Novel of Suspense

Aleft-leaning judge liberates four of the most dangerous al-Qaeda terroristsfrom Guantanamo Bay and the CIA field officers track them back to Pakistan'snorthwest frontier mountain range. But the men vanish and rejoin the dark andmysterious forces trained by Osama bin Laden high in the Hindu Kush. These aremen with hatred for the United States and Great Britain, and they have sworn tohit back at America, which imprisoned so many of theirhigh command.
A fateful communication from the mountains of the Afghan side of the border is intercepted by Britain's secret surveillance station on the Mediterranean island of Cyprus. Al-Qaeda is almost certainly planning a new hit on the US mainland. The CIA is at its wits end, all their fears coming home to roost.
They know there is only one man who can stop the terrorists-retired NavySEAL Lieutenant Commander Mack Bedford-and he is called in to assist on one ofthe most highly classified missions ever launched from CIA headquarters. Bedford names his price, and once more, the nobility of the man is spun into a breathtakingly fast action novel.

Intercept: A Novel of Suspense