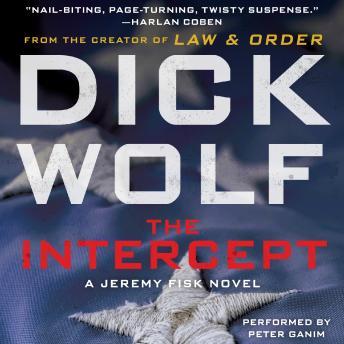 Dick Wolf, the celebrated creator of the Law & Order television franchise, makes his literary debut with The Intercept, a taut, driving thriller reminiscent of the classic The Day of the Jackal.

Days before the July Fourth holiday and the dedication of One World Trade Center at Ground Zero, an incident aboard a commercial jet reminds everyone involved that vigilance saves lives.

But New York Police detective Jeremy Fisk—from the department’s Intelligence Division, a well-funded anti-terror unit modeled upon the CIA—suspects that the event is a warning sign that another, potentially more extraordinary scheme has been set in motion. So when a passenger from the same plane disappears into the crowds of Manhattan, it’s up to Fisk and his partner Krina Gersten to find him before the celebrations begin... And time is running out.

This title is due for release on December 26, 2012
We'll send you an email as soon as it is available!