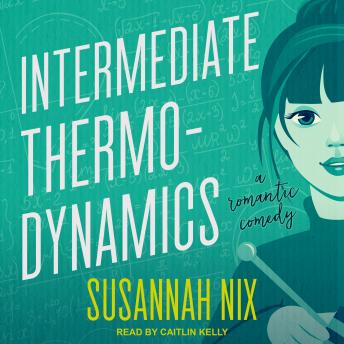 Aerospace engineer Esther Abbott doesn't believe in love, but she's perfectly happy to hate her annoying screenwriter neighbor, Jonathan. Until she's forced to strike a devil's bargain with him: he distracts her best friend from a mouth-breather ex, and in return Esther will help him with the sci-fi script he's writing.

Her patience is put to the test when it's time to fulfill her end of the deal. But the more time she spends with her nemesis, the more hate turns into attraction-and attraction into something much deeper. As Esther's carefully constructed defenses start to crumble, will love be her undoing or her salvation?

Intermediate Thermodynamics follows in the tradition of contemporary romantic comedy favorites like Penny Reid, Sally Thorne, and Jennifer Crusie. This enemies-to-lovers romance is the second in a series of standalone rom-coms featuring geeky heroines who work in STEM fields.