Interstate 69: The Unfinished History of the Last Great American Highway 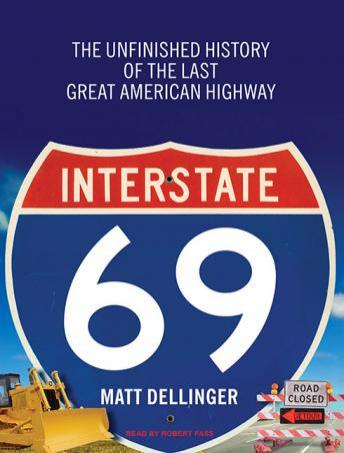 New Yorker contributor and decade-long staffer Matt Dellinger uses the controversy surrounding Interstate 69 as a lens through which to examine middle America's current political, social, and economic landscape, including hot-button issues like NAFTA and the country's troubled infrastructure. If completed, I-69 will stretch from Canada to Mexico through Michigan, Indiana, Kentucky, Tennessee, Mississippi, Arkansas, Louisiana, and Texas. In the works for more than twenty years, the highway has been both eagerly anticipated as an economic godsend and the center of a firestorm of protests by local environmentalists, farmers, ranchers, anarchists, and others who question both the wisdom of building more highways and the merits of globalization.

Part history, part travelogue, Interstate 69 chronicles the last great highway project in America, introducing the people who have worked tirelessly to build it or stop it from being built, and the many places it would change forever.

Interstate 69: The Unfinished History of the Last Great American Highway