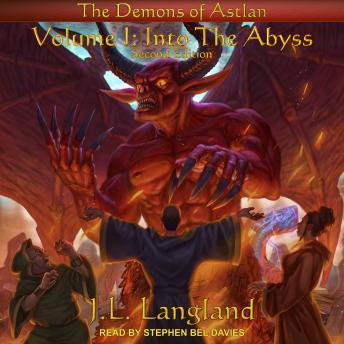 It turns out, the 'Demon Weed' actually is a Gateway Drug!

Who knew? Tom Perkinje certainly didn't. He had never smoked anything in his life, but as the new kid in town trying to make friends, he foolishly let his new buddy Reggie talk him into trying a joint that he'd picked up from a new dealer.

Before he knew it, Tom was having a seriously bad trip; a total out-of-body experience where the world had dissolved around him. The next thing Tom knew, there were these deranged myopic wizards from some place called Astlan calling on him in some sort of pig Latin mumbo jumbo. They had somehow mistaken Tom for a demon! He tried to flee, but the wizards were relentless and were determined to conjure him into their world and bind him as their demon slave for all of eternity.

And these crazy wizards? Turns out, they were going to war and planned to use their new demon slave as a secret weapon to obliterate the enemy!