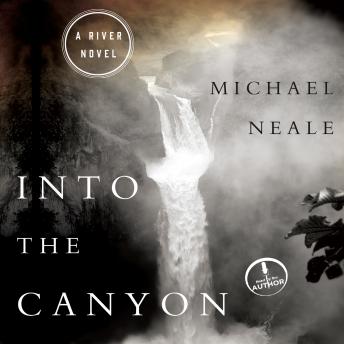 Into the Canyon: A River Novel

Some stories take generations to unfold.
Gabriel Clarke has The River in his blood: The River that he loved as a child. The River that took his father, John. The River he feared, fled . . . and has come back to now.
Jacob Fielding owes the last twenty years of his life to John Clarke—the stranger who drowned saving him and his brother from their own boyish recklessness. Since that day, Jacob’s gratitude has extended to everyone around him . . . especially Gabriel, that brave man’s son.
But while the death of John Clarke became a powerful force for good in Jacob, it has been an unshakable source of darkness in another man. When gratitude and guilt meet at the River, two decades after that fateful day, Gabriel finds himself face-to-face with a stark choice for his own future: anger or forgiveness, hatred or love, death or life.
So much more than an allegory, Into the Canyon will inspire you to love deeply, forgive extravagantly, and live large.

Into the Canyon: A River Novel