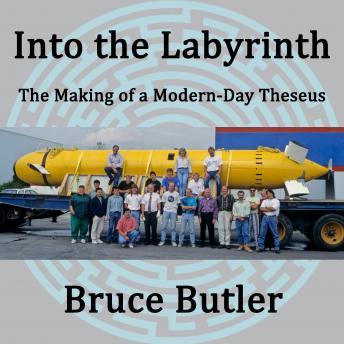 Into the Labyrinth: The Making of a Modern-Day Theseus

More than 2,500 years after the mythical Greek hero Theseus ventured into the labyrinth on the island of Crete to slay the Minotaur, the robotic submarine Theseus was launched into an undersea labyrinth with a strikingly similar goal: lay 200 kilometres of cable on the seafloor of Canada’s Arctic, then turn around and follow it back out.

With a foreword by Dr. James R. McFarlane, OC, CD, P.Eng., FCAE (President and Founder of International Submarine Engineering Ltd.) and endorsements by several marine experts, Into the Labyrinth provides a fascinating glimpse into the subsea industry of the 1980s and ‘90s, set against the backdrop of Canada’s beautiful yet hostile High Arctic.

Into the Labyrinth: The Making of a Modern-Day Theseus