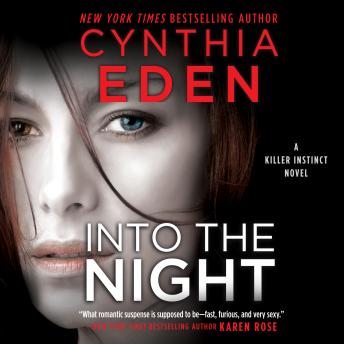 Sheltered in the shadows of the Smoky Mountains is the suspect who’s summoned FBI agent Macey Night’s fears to the surface. Every day that the “Profiler,” a vigilante serial killer, escapes justice is another day she’s reminded of what it is to be a ruthless predator’s prey. Capturing him is a craving deeper than anything she’s felt in a long time. But Agent Bowen Murphy, equal parts sexy and volatile, seems hell-bent on changing that. Working together—needing, living and breathing each other—they’re entwined to distraction.

Bowen’s used to operating on impulse: act, don’t feel. Now Macey and the controlled terror behind her beautiful eyes have him rethinking everything, including his rule to never get close to a colleague. He’s willing to fight for a future with Macey, but the consequences of love could be deadly.