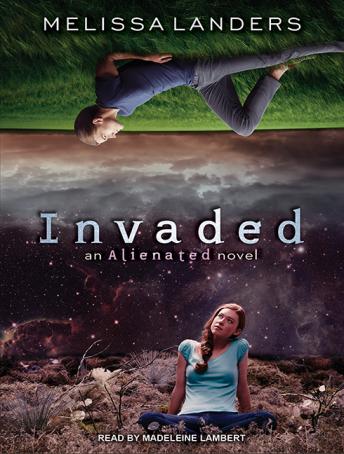 Cara always knew that life on planet L'eihr would be an adjustment. With Aelyx, her L'eihr boyfriend, back on Earth working to mend the broken alliance between their two planets, Cara is left to fend for herself at a new school, surrounded by hostile alien clones. Even the weird dorm pet hates her.

Things start to look up when Cara is appointed human representative to a panel preparing for a human colony on L'eihr. A society that melds their two cultures is a place where Cara and Aelyx could one day make a life together. But with L'eihr leaders balking at granting even the most basic freedoms, Cara begins to wonder if she could ever be happy on this planet.

Meanwhile, on Earth, Aelyx finds himself in a full-scale PR campaign to improve human-L'eihr relations. Humans don't know that their very survival depends on this alliance: Only Aelyx's people have the technology to fix the deadly contamination in the global water supply that human governments are hiding. Yet despite their upper hand, the leaders of his world suddenly seem desperate to get humans on their side, and they hardly bat an eye when extremists make multiple attempts on Aelyx's life. The Way clearly needs humans' help, but with what? And what will they ask for in return?